Depending on who you talk to, either they were serial killers, terrorists, or freedom fighters. But no matter what you call them, they left a trail of corpses behind them. They were two brothers who led a band of cousins on a killing spree, and adopted the nickname of the “Bloody Espinosas.”

Their trail of terror started in the spring of 1863. The first victim was found in May of that year, the corpse mutilated and the heart hacked out of the chest. Finding a body like this indicates a good deal of rage by the killer(s). Taking the heart is interesting. In some cases, the heart if taken, becomes either a trophy or is eaten by the killer. We don’t know which happened here.

During that summer, twenty-five more bodies turned up, all killed in a similar manner. No one had any clue who was doing this. Was it the work of a gang? Indians? Or maybe just one man.

Ultimately, the crimes were blamed on two men, Felipe Nerio Espinosa and Jose Espinosa of the small community of San Rafael, Colorado. I mention the town several times in my stories since it’s RJ’s home town. A note here, local Videographer Rick Valdez has embarked on a project to record the stories of some of these small communities. We call them “Placitas.” You can find a video he made of San Rafael here. 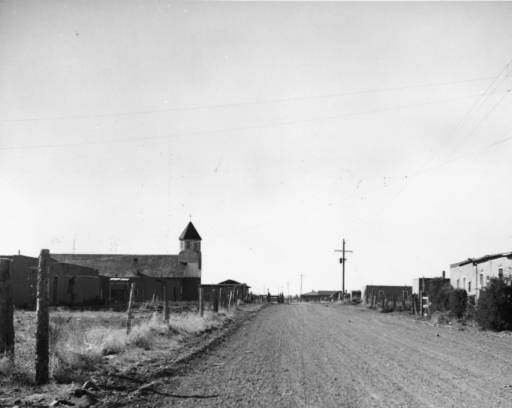 No doubt this would have continued if the perpetrators hadn’t botched the robbery of a freight wagon belonging to a priest from Galisteo, New Mexico. Even though they were masked, the driver, a resident from the Conejos area (just down the road from San Rafael), recognized them.

Why they did what they did may have started years before. The year 1846 saw what we call the Mexican-American war. Some historians blame the notion of the American belief in Manifest-Destiny for that war. Others, simple political ambitions. No matter which, Mexico lost, ceding a large part of what is now the southwest to the United States. One of the things Mexico had long done was to hand out land grants to settlers, etc. These land grants were supposed to be honored by United States, but through a variety of means, the owners of these land grants slowly and surely lost possession of the properties.

This led many to struggle to adapt. For most, that didn’t work too well.

Now here’s where the story starts getting a little tangled. They all agree that the Espinosas came from San Rafael. What isn’t clear is where exactly Felipe came from. Some have him coming straight up from Vera Cruz, while others have him hailing from Rio Ariba, New Mexico before coming to San Rafael.

In one, the Espinosas came up from Vera Cruz, Mexico. It’s reported that the brothers witnessed the killing of six family members when the U.S. Navy shelled the community during the war. Embittered by that, and the failure of the United States to honor their land grant (there were numerous white settlers squatting on their property), the Espinosas took matters into their own hands.

According to local legend, Felipe claimed to have had a vision. In it, the Virgin Mary directed him to kill one hundred Anglos for every member of his family killed during the war. If that was the case, it simply made him crazy.

Other sources site simpler reasons, to include the pioneers laying claim to lands not theirs, and mistreatment by American soldiers that included murder and rape. What I find interesting is in if you check soldiers assigned as garrisons in the area, a fair number of them have Hispanic last names.

As they searched for the soldiers responsible for the acts, they ran into Mexican families that had endured the same treatment. According to these sources, the Espinosas would kill those who took the land, and give it back to the rightful owners.

Other sources state that Felipe’s wife and daughters were raped in 1861, and his wife died four days later. If so, that made them avengers of blood and hero’s.

Perhaps the best motive comes from the pen of Felipe himself. In a rambling letter to Governor John Evans, Felipe is alleged to have written this:

They ruined our family-they took everything in our house; first our beds and blankets, then our provisions. Seeing this we said, ‘We would rather be dead than see such infamies committed on our families! These were the reasons we had to go out and kill Americans –revenge for the infamies committed on our families. But we have repented our killing. Pardon us for what we have done and give us our liberty, so that no officer will have anything to do with us for, also in killing one gains his liberty. I am aware that you know of some that I have killed, but of others you don’t know. It is a sufficient number however. Ask in New Mexico if any other two men have ever been known to have killed as many men as the Espinosas. We have killed thirty-two.’

They also demanded 5000 acres of land, appointment into the Colorado Volunteers, and then threated Evans with his life if their demands weren’t met.

This is not a good way to win friends and influence enemies.

Whatever their motives, they became hunted men.

Following the ambush and murder of a man and his wife on La Veta pass, Colonel Sam Tappin, commander of the Garrison at Ft. Garland, Colorado called upon frontiersman

and scout, Tom Tobin to hunt the Espinosas down and bring them in, dead or alive.

Along with a small detachment of soldiers, Tobin set out searching for them. It seems Tobin was a relatives of the Espinosas and as such, they trusted him. That might have been responsible for one of the stories that came out of the manhunt.

In that story, he found them, partied with them and drank with them. They passed out, and then he killed them both.

The other story is Tobin and his party tracked them down, there was a gunfight, and both Espinosa brothers were killed.

Crazy, divinely inspired, avengers, or fighting for freedom, their reign of terror was over.

PERSONAL NOTE: According to family stories told to me, my great-great grandfather was part of the posse put together by Sheriff Emmett Harding of Conejos County that conducted the hunt for the Espinosas. I’ve been unable to confirm or deny if this true.

4 thoughts on “The Bad Guys of the San Luis Valley, Part 1 – The Espinosa Brothers”